People of a Feather

Our award winning film about survival in a changing Canadian Arctic is now available to stream for free along with all the special features and behind the scenes extra content.

Featuring stunning footage from seven winters in the Arctic, People of a Feather takes you through time into the world of the Inuit on the Belcher Islands in Canada’s Hudson Bay. Connecting past, present and future is a unique relationship with the eider duck. Eider down, the warmest feather in the world, allows both Inuit and bird to survive harsh Arctic winters.

Traditional life is juxtaposed with modern challenges as both Inuit and eiders confront changing sea ice and ocean currents disrupted by the massive hydroelectric dams powering New York and eastern North America. Inspired by Inuit ingenuity and the technology of a simple feather, the film is a call to action to implement energy solutions that work with nature. (90 minutes)

“Stunning…Lyrical…Tugs at the Heart”
The New York Times

“A Novel Perspective… A Rejection of Sensationalism”
The Hollywood Reporter

“Captures moments both beautiful and brutal. Portrays the people of Sanikiluaq with sensitivity and insight”
The Film Journal

“For a movie that starts off talking about ducks, People of a Feather ends up negotiating nothing less than man’s place, and our role, in the entire life cycle. It’s an undeniably elegant feat, and one that could very well reframe the way you live the rest of your life.” 4/5 Stars
Katherine Monk, Postmedia News

“Poetic and artistic… a near mystical mix of time-lapse Arctic landscapes, marine-life photography, and interwoven imagery of present-day and historical Inuit life.”
The Georgia Straight

The People of a Feather Educational Package was created to provide a resource that would facilitate further discussion of the themes raised in the film and allow educators to create opportunities for students to explore them. The lesson plans cover topics including Arctic sea ice dynamics, anthropological filmmaking, traditional and modern technology of Inuit, and the ecology of the Hudson Bay Common Eider. The eider represents the ‘canary in the coal mine’ for environmental change in Hudson Bay and the species Inuit on the Belcher Islands rely on for food and clothing. Students can also explores the impact of hydroelectric projects on the marine environment of Hudson Bay and consider solutions to energy management and distribution that work with the seasons of the hydrological cycle. 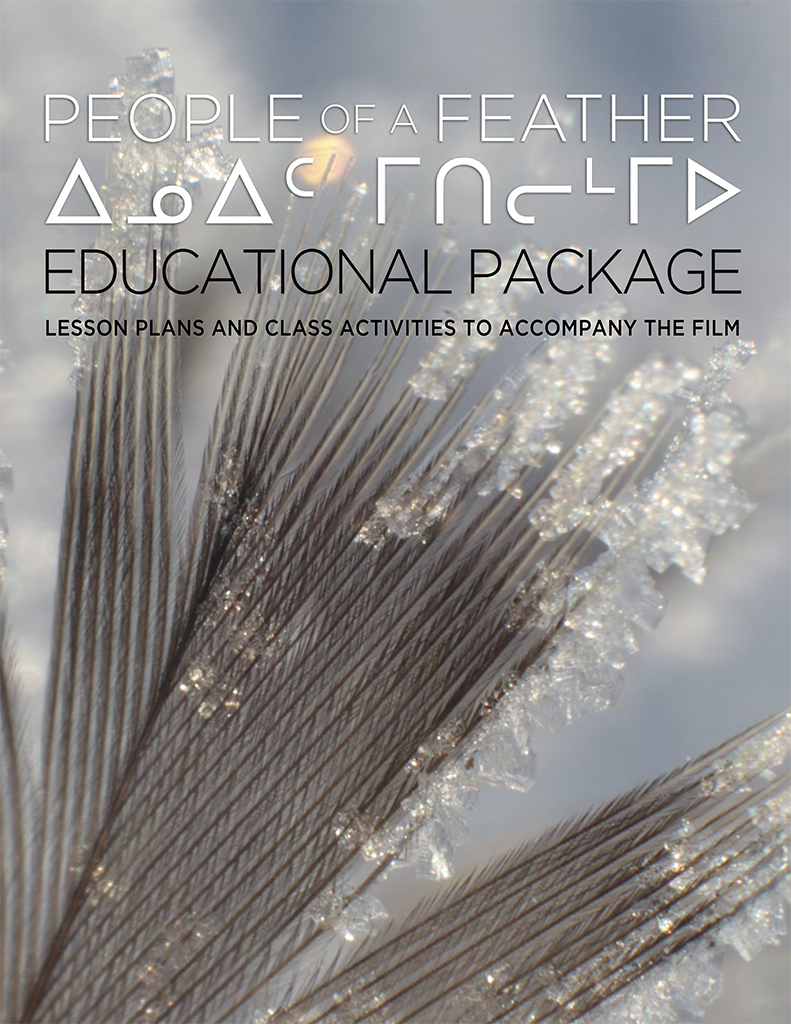